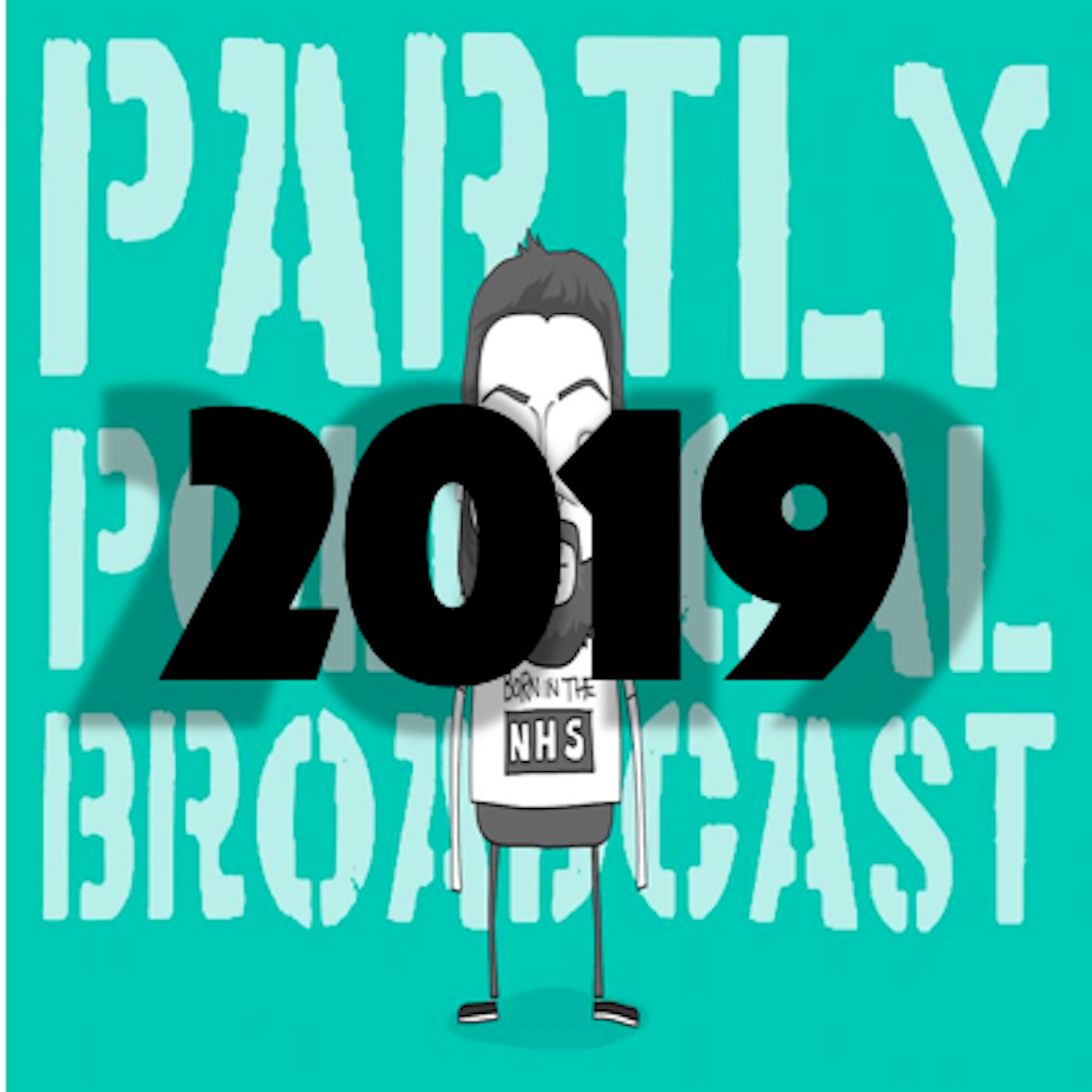 It’s nearly 2019! Time for some not very expert predictions from the not very soothing soothsayer NEWSTRADAMUS for the upcoming year. Plus some forecasts from comedians Howard Read (@howardread), Bec Hill (@bechillcomedian), Jonny & The Baptists (@Jonny_Baptists), Nick Doody (@NickDoody) and Frankie Boyle (@FrankieBoyle).

See you next year when the podcast returns proper!

ParPolBrods! I hope you’ve had a lovely Festive winter Decemberval. It’s very nearly 2019, the UN’s year of the periodic table of chemical elements, which makes sense as post-Christmas I’ve been releasing some very noble gases. Yes! I started with a fart joke! But before the new year arrives, it is ParPolBro tradition, well as of last year, for a few predictions from our least favourite whatever the opposite of a prophet is, a trumpet maybe? Yes! It’s Newstradamus!

Greetings followers and whackolytes and yes, here we are again at the dawn of a new annum, a year as well. My didn’t 2018 fly by like the blink of an eye, an eye with severe conjunctivitis and blinks that last 365 days. It was a year that in the future historians will refer to it as ‘that fucking year’ and they will, I have forseen it and fiveseen it too because I’m that good. So, what will 2019 bring apart from a year that when you write it down and turn it on its side it looks like a small cyclops Elvis? Go on, do it. Yes, see? Hmmmm. Well fear not my petite personnes credules for I am here to give you a kick start, or at least a stumble so that you fall on your face slightly before everyone else does.

If you’ll remember, at the end of 2017 I predicted such events as:

PLAY SOME CLIPS OF LAST YEAR’S

And of course, all of that came true. All of it. Fact. So, with that in mind, and it is all in my mind, be prepared for some serious FUTURE TRUTHINGS for 2019!

And of course all the things that I can’t tell you about or you’ll panic buy kitchen roll and cocktail sausages, which just can’t be risked right now as I am a responsible soothsayer and speak only soothing things like ‘oooh clean sheets’. But what I can predict is that you will have an interesting year, ruined only by weekly Partly Political broadcast podcasts, which should help you to sleep inbetween all the panicking. Happy surviving! Mwah!

Hmm, well I’m not sure any of those are valid. So instead, here’s some predictions from some more reliable sources, that’s right, comedians I worked with over the past few weeks.

JONNY AND THE BAPTISTS

Big thanks to Howard, Bec, Jonny, Paddy, Nick and Frankie for that. The podcast will be back in a couple of weeks unless it needs to return quicker, and why not start the year as you mean to go on by donating to the ko-fi.com/parpolbro site which now has a monthly donate option too, or the patreon.com/parpolbro site, or even just by giving the show a review or telling someone you know to give it a listen? Make it a resolution! My resolution is going to be to not do things I don’t want to do, which means I will have to quit the podcast and changing my daughter’s nappies till 2019. JOKE! HAVE A VERY HAPPY NEW YEAR OR AT LEAST NOT A SHIT ONE!