ParPolBro Mini Christmas Top Up – A few things I missed from episode 125…. 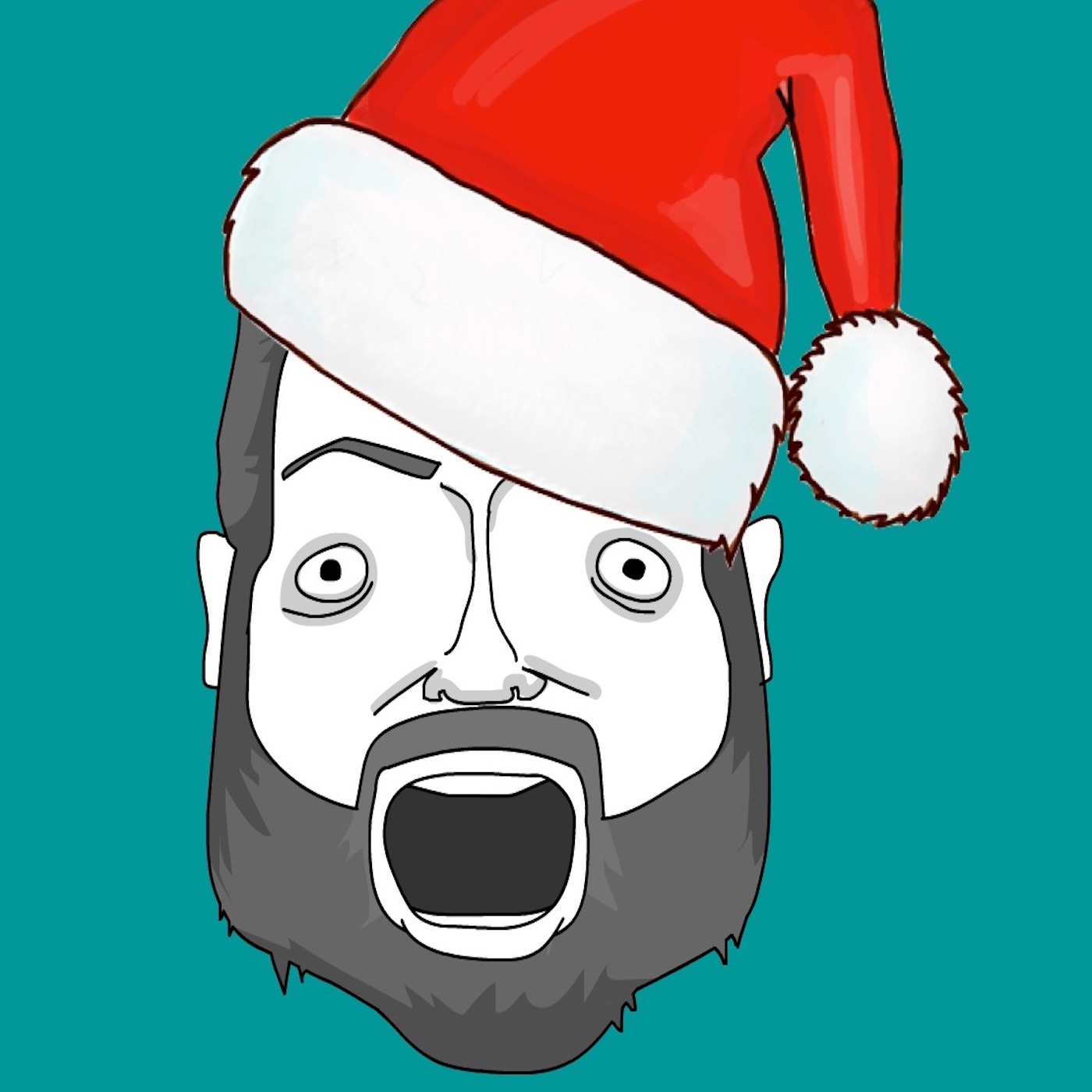 ParPolBro Mini Christmas Top Up – A few things I missed from episode 125….

A little mini ParPolBro top up as it seems quite a bit has happened in the last 3 days of Parliament. Listen to this, then ignore the news and stay in a food coma till after Boxing Day. Have a lovely Christmas!

More bonus episodes will be out over the next few weeks so make sure you subscribe.

Cast Of Wonders can be found here: http://castofwonders.org/

Subscribe to the show for some special bonus episodes over the next few weeks.

Oh, what is it? No, I’m hibernating. Go away…. Sorry what? But there was only 3 days of parliament left… Oh for fucks sake… ok ok…

The government has said it is spending £2bn on preparation for a No Deal Brexit, this obviously includes buying drones to fly over Gatwick airport runway so we’ll all be well used to planes being pointlessly grounded for days by the end of March next year.

155 flights were cancelled at Gatwick airport due to drones being spotted near the runway, something that sadly, because it’s to do with transport, fell to Transport Secretary and Jack Skellington Chris Grayling who said they couldn’t do anything about it because every time they reopen the runway, the drones reappear. Yes Chris. Which is why you should do something about it.  I am starting to worry that his solution will just be to stop all flights forever as he can’t think of any other way out. Hey Chris? How will we transport this chicken, this fox and this grain across the river on one boat? What do you mean you’re just going to never cross the river and have resigned to hide until they just go away?

With many delayed for hours and missing flights home, I’ve never felt luckier that I can’t afford to go away for Christmas. I have been feeling festive getting vitamin D deficient around my flat while carrying as many liquids over 100ml as I can.

As for the actual No Deal Brexit plans, they mainly seem to involve prepping the army, you know to shoot down anyone that doesn’t believe in it enough and stops it from working and telling people to change their diet to cope with food shortages so that you’ll be able to eat at least 4 different types of mud and the occasional pigeon. Health Secretary and stupid apple Matt Hancock has boasted about how he’s become the largest buyer of fridges in the world, in order to stockpile medicine. Not sure you should be boasting about that. It’s like saying ‘I’m the largest ever buyer of land’ rather than ‘I need somewhere to bury all these bodies.’ Still it won’t be the first time the government has focused their attention on prioritizing white goods.

Absolutely no one knows if this No Deal prep is a scaremongering threat or a terrifying admittance of failure, because the one thing the UK government really excel at is never allowing anyone to overestimate just how shit they are. The EU have ruled out any possibility of a managed no deal, and while I’m sure that’s mostly because such a thing isn’t a thing, I think it could also be because they’ve witnessed what the Conservatives have done so far and realise even the term managed seems an overreach. If there is a no deal situation, it’s because it’ll be at the bottom of a slippery slope that threw ourselves down headfirst two years ago, refusing to even attempt to slow our fall, and shouting ‘I hope there are massive trees in the way’ on the way. Prime Minister and Ghost Of Christmas Yet To Come Theresa May is planning to offer MPs three options of deals, in the hope they’ll realise two of them are crap and vote them down before accepting hers. Imagine that as a sales tactic for anything else. Have my idea because it’s the least shit, shit thing. Do you really want that car made of wet cardboard, or that car made of dried turds, or do you want my car that’s actually a large angry dog I’ve painted to look like a fiat punto? I think you’ll find that my option will still be awful on the motorway but at least won’t melt in the rain.

I’m not saying I’m an economic genius but no deal prep will cost the UK £2bn which seems to have appeared from nowhere, but keeping nuclear program Trident going only costs £1.4bn. Shouldn’t we just save money and nuke ourselves, thereby putting anyone off coming on account of the irradiated Earth and no stress over Brexit as there’ll be no one around to have any opinions on it anymore. Who’s in? No? Anyone?

An argument broke out in Parliament after it appeared that Labour leader and Jacob Marley, but you know, in an even worse way, Jeremy Corbyn called Theresa May a ‘a stupid woman’ during PMQs. Though he says that he actually said stupid people. What’s interesting is that no one on either side is contesting the ‘stupid’ part. Of course, either is insulting as ‘stupid woman’ can be seen as being sexist, especially no one’s sure if robots like May can be gendered, and ‘stupid people’ is an insult to the Conservatives who we all know are mostly lizards. I for one am appalled that Corbyn may have said such a thing. If he’d had any conviction he’d have stood on his chair and called her an absolute fuckwit before running around the benches individually insulting everyone before walking out.

The government finally released its incredibly long overdue immigration policy for post Brexit, yet another delayed document that does make you worried that no deal prep won’t kick in until the cockroaches have already won, and it seemed like the main drive was to make sure they deport most of the Conservatives most racist sounding immigration policies. Home Secretary and depressed bauble Sajid Javid dropped the commitment to keep net migration below 100,000 and instead said he wanted sustainable migration, presumably to allow for recycling any none UK citizens who are already here. May is apparently at odds with her ministers though as she still wants more harsh measures despite warnings it’ll affect businesses and the NHS. I wonder if its, you know, how you don’t want anyone to come round when you’re house is in a mess and you’re worried they’ll think you are a lost cause? Does May not want anyone to visit cos if they do, they’ll report back what an utter shit show the UK is? Yeah, no I know its not, she is just racist.

Speaking of which, utter pudding Boris Johnson has been cleared of breaking Tory party rules with his comments earlier in the year in the Telegraph where he said women in burqas look like letterboxes. Ill informed bigoted xenophobic statements? Of course that’s in line with the party, how else is he meant to be in the running for leader without content like that? The panel of senior Tories said he was fully entitled to use satire in his column, which is weird because he still hasn’t done that, so not sure why they brought it up. All of this makes it even more strange that its government policy for parliamentary footage not to be allowed to be used in comedy or satirical programs. I guess its just not ok if the people you’re mocking are in a vulnerable position due to their perceived inability to integrate with the British public.

You know the Labour party, they’re never one to be outdone by the Conservatives and proving they can keep up this week MP for Derby North and man who looks like he died a few Christmasses ago Chris Williamson signed and shared a petition calling for Islington Assembly to get rid of their ban on jazz musician and anti-semite Gilad Atzmon. Yes, jazz musician and anti-semite is an odd combination. I can only assume he’s not really into fusion or harmonies. Williamson claims he was only aware of Atzmon’s anti-Jewish comments after sharing the petition which doesn’t seem very credible since that was the reason for his ban and if it is true that means he’s still backing a jazz musician and to be honest that’s still not very digestible behavior.

Meanwhile Labour MP and large toddler Fiona Onasanya has been suspended by the party after being found guilty of lying to police to avoid a speeding ticket. Typical Labour behavior to never quite seem sure on who’s in the driving seat. On a WhatsApp group to other Labour MPs, Onasanya said that the conviction was not her end but rather the beginning of the next chapter of her story, like it was with Jesus. I can’t help but feel that if Christians believe Jesus sacrificed himself by taking a speed awareness course, Easter would mainly involve us all taking a driving theory test and eating Ginsters eggs from a service station. Then again, maybe he was going a lot faster than we thought when he drove people from the temple. Arf.

The Prime Minister has announced a new task force to determine the cause of homelessness in the UK, so it’ll be a cushy job for them not having to actually leave parliament once.

That’s everything right? Am I done? Can I has a Christmas now please?

Merry Christmas lovely pod lot. Bonus episodes that are cheerier than this one will be out over the next few weeks. Oh and if you can, check out the Cast Of Wonders podcast that’s released on December 23rd for a story by Kat Day, regular podcast helper.