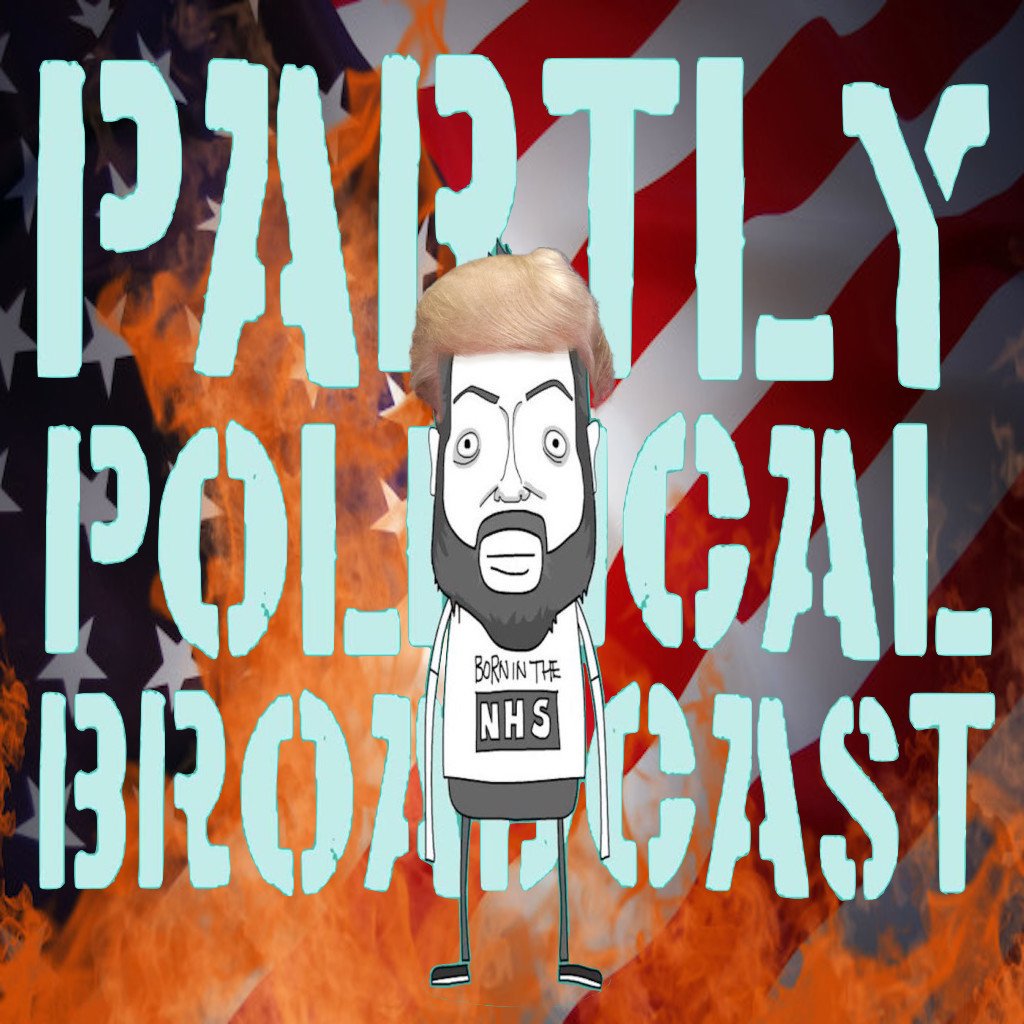 Episode 37.5 – WHAT HAS HAPPENED? A mini-episode hot take on America electing the US’s first orange racist as a president. No, it isn’t just several minutes of screaming. Yes, it probably should be.

WELL DONE THE UK! YOU ARE NO LONGER THE BIGGEST ARSEHOLES OF 2016!

Yes it seems that the white people of the USA voted to take back the country they stole from the Native Americans and so have elected tiny handed, racist, possibly paedophilic, reckless and completely inexperienced candidate Donald J. Trump as the next President. Because yes in 2016 all those things do sound like you probably shouldn’t be in charge of one of the most powerful countries in the world, but it turns out if you’re a woman who can’t do your emails properly in 2016 then how are all the angry misogynistic internet trolls going to send you dick pics? So yes, they’ll vote for a KKK endorsed, celebrity Christingle who could do pretty much everything wrong ever, over you.

So while it looks like the popular vote made Clinton & Trump look just as unliked as each other, Trump at the time of recording this has won with the college electorate vote of 278, beating the 270 he needed to win, with Hillary on only 218, losing out on States such as Pennsylvania and Wisconsin that haven’t voted Republican since Ronald Reagan, who at least when he was an actor, entertained on purpose. So what happened and what exactly do the kids study at the electoral college? The dark arts? Well current exit polls say that it was mainly the votes of old straight white Christian people of all levels of education and class that helped Trump win, mostly, it seems, because they just didn’t like the other candidate. That’s right, 51% of Trump voters thought both him and Hillary were shitty, but god forbid they vote in the shitty one who won’t let them be openly racist. Misdirected anger, racial prejudice and fear of immigration seems so high in America that were the choice between dying in your sleep or stabbing your own brain out with a pickaxe but you got to shout the N word while doing it, many would probably choose the latter.

Trump’s victory speech was oddly tame for him, saying Americans owed Hillary a major debt of gratitude for her service to the country, though I’m sure in his head he just meant being so crap an opponent a shit-bag like him could win. He stated that his wasn’t a political campaign but a movement, something many would agree with. I’ve definitely had movements that seemed similarly vile. And Donald then said ‘forgotten men and women would be no longer forgotten’ though how he’ll remember them in the first place is beyond me, and he called for Americans to come together as one united people, although no one is sure how he spelled come. Meanwhile no mention of walls, or weird sexist comments and he only said tremendous 4 times. So what next for Americans, for women, for people of colour, for Muslims, or for people who the thought of hearing the US President say ‘bigly’ for four years makes them retch?

Well this is just a mini episode hot take, the day after the US election, so I’ll take a proper look at the details and aftermath on next week’s show, but here’s just a few quick things. First:

Phew. That felt good. Seriously, 2017 had better start with a global candyfloss rainfall to make up for all of this. Although I’m diabetic so on second thoughts that might be even worse than starting Bowie dying all over again. Second this result after Brexit and the 2015 election shows just how shit opinion polls are. During the election campaign most polls showed Clinton safely in the lead, something that was proved hugely wrong by quite early on last night. So obviously opinion polls either ask the wrong people, or not enough people or ask them the wrong questions or forget people lie. Let’s be honest, if someone is around in the day and actually willing to chat to some random caller on the phone rather than do absolutely anything else, is that person really indicative of the rest of the country? No. Clearly not, I mean those people actually like Homes Under The Hammer. So yeah we can now definitely say opinion polls are useless and shit. Though that is my opinion, which, judging by the last two years opinion polls would either ignore that view or mark it down as me being their biggest fan. It was very much like Brexit, which makes me wonder if it’s only a matter of time before Toblerones in America also become shitty really soon. Sorry for the bad news guys.

Thirdly, what makes all of this super scary is that with Trump in the White House and majority wins in the Senate and Congress, they are in charge of all governmental branches. So this is horrific news for abortion laws and any possibility of gun control and probably, any boxes of tea that are now very likely to be immediately dumped in the sea before sending planes to bomb Agrabah the fictional city in Aladdin because 30% of Republican voters genuinely voted in a poll to say they thought it was a security threat. I hope Disneyland erects a wall and declares itself an independent state immediately with a statement about how it no longer wants to be part of a Trump ruled Mickey Mouse state.

Fourthly, there were also votes for lots of policies yesterday. Among these California voted to legalise medical marijuana and Colorado voted for legalised suicide. Yes, both are great ways to deal with what just happened.

And lastly, look, some of you are probably upset, and concerned about how dark things may now get when a man who based his campaign on hatred and divisiveness has been elected because of that. Well I’m not going to tell you to be concerned, but what I will say is that rather than panic just yet, every cloud has a silver lining or two, so in the immediate aftermath, here are some possible positives:

Trump hates free trade, so that could be the dreaded TTIP done with forever. Similarly the constantly problematic issue of money in US politics and the need for businesses to back candidates leading to corruption and dodgy deals for big pharmaceutical companies may be over or at least damaged. Sure Trump is a millionaire who loves money so much he’d grope a wad of Benjamins if they didn’t have a man on them which goes against his views. But he’s self funded, so that may make a difference. Either that or he’ll bankrupt the US in a matter of years, like he did his own business, so it’ll remove the money that way. Also most the GOP really dislike him so things may be just as stagnant with him in office as they were with Obama who couldn’t get anything past a bunch of stiffs who’s main job seemed to be to cock block his every attempts to progress the country. The only difference is, if they cock block Trump, he may see it as locker room banter. And of course there’s always the possibility someone will walk into the oval office one day and say to Trump ‘well if humans have eyes and dogs have eyes, then aren’t we all dogs’ and he’ll be rendered useless for 4 years trying to come up with an answer.

Then there’s other possibilities this may bring. Trump might change the Pledge of Allegiance to ‘I pledge allegiance to the flag of America. No I don’t, I never said that’. And for anyone who, like me, has loved the wisdom of the speeches of Michelle Obama over the last eight years, chances are we’ll get to hear them all again with Melania as the first lady. And of course, in 2020 Kanye may well run for office which, if nothing else, will be brilliant just for whenever any terrorist group threatens the West and he’ll be have to put on individual lock down. Oh we have to laugh, or we might all cry.

More next week on Episode 38 when I’ll hopefully have a great guest to discuss the US election aftermath with. If you haven’t heard episode 37 with Emma McClure on the UK prison systems yet, do go back and have a listen. And lastly, I’ve stolen this off the internet but I think it was one of the most important bits of analysis from last night, from CNN’s Van Jones. Have a listen and I’ll see you next week: