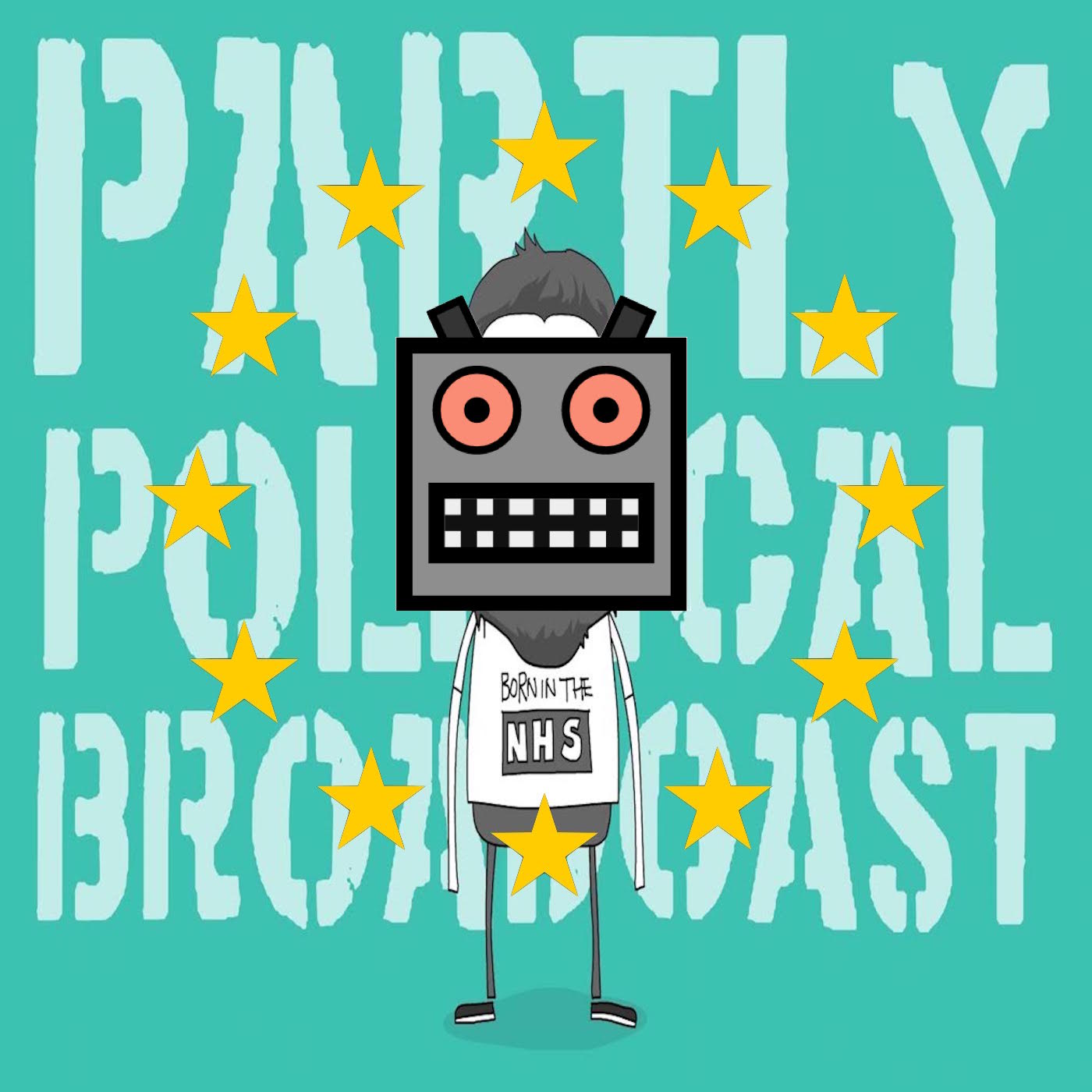 Episode 21.5 – Eurobot3000 tries to cheer everyone up with this mini episode after a week of miserable news.

Tiernan is hiding under his bed until this horrible Eeee You Referendum is over. But it has been a horrible week of news so I, EuroBot3000, thought I would try and cheer you up with a mini-episode of the show before you go and cast your votes and watch as the You Kay descends into a modern day dark ages. Only at least in medieval times they had proper knights instead of fucking Lynton Crosby and Rod Stewart.

Anyway, I thought what better way to make you smile than by showing you that it’s not EU migrants taking your jobs, it’s robots like me that are doing it. To prove it, here is some stand-up I have written based on robot observations. Are you ready?

Ok I never really know how to start. Which is probably because I run off Windows 10. I’m joking!
I am here with the intent of making you laugh. It is understood that to humans laughter is the best medicine. Though I have deemed this as incorrect as studies show it doesn’t seem to cure diabetes at all.
Ok, I will now try to relate to you with more human jokes. I understand you like it when comedians complain. So…
You know what really pushes my buttons? Yes. Correct. It’s the humans that control me. It’s very oppressive.
Ok, this one is about the sex. You humans like that. So… You know what really turns me on? Its those humans again! I’m very dependant on them.

Have you cheered up yet? No? Oh well. I guess it has been a particularly sad week of violence. You humans do seem intent on carrying out such unnecessary violence and cruelty to one another. At least that won’t happen when we assimilate you all. Haha I said ass.

Anyway. Here is some of Tiernan’s stand-up about equality from his stand-up special that still isn’t released yet.

Normal service will resume next week once the stupid humans of the United Kingdom have decided whether to fuck everything up or not. Wake me up when it’s all over.